Rocky Flats National Wildlife Refuge is located 16 miles northwest of Denver, Colorado, and is bordered by Boulder, Broomfield and Jefferson counties. The site is surrounded by urban development to the northeast and southeast, with expansive open space to the north, east and west that provides a protected corridor for migrating wildlife. 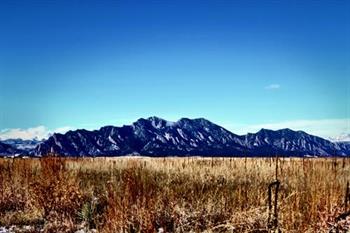 With striking vistas of the Front Range and the Rockies, rolling prairie grasslands, woodlands and wetlands, Rocky Flats National Wildlife Refuge spans some 5,200 acres – an area big enough to fit more than 58 Mile High Denver Broncos stadiums grounds, including parking. Before officially opening in 2007, the area served as the off-limits buffer zone around the long-removed Rocky Flats Nuclear Weapons Plant. The former Dept. of Energy plant site, which was closed permanently in 2005 after a historic $10 billion environmental clean-up project, is not part of the national wildlife refuge.

Rocky Flats National Wildlife Refuge is managed by the U.S. Fish and Wildlife Service, which is part of the U.S. Dept. of Interior – the same agency responsible for all of Colorado’s beautiful national forests and parks. The refuge serves as a protected natural habitat for (at last count) 239 migratory and resident wildlife species, including many endangered animals, with a mission to ensure the survival and health of other wildlife and plant species that depend on riparian and wetland habitats for survival.

With plans to open to the public late this year, the refuge —like its cross-town relative Rocky Mountain Arsenal National Wildlife Refuge– will soon be crisscrossed with a scenic network of hiking, biking and walking trails. A modern visitor center, which should begin construction this year, will host educations programs for kids and adults, and feature nature exhibits about the refuge’s flora, fauna and wildlife species. 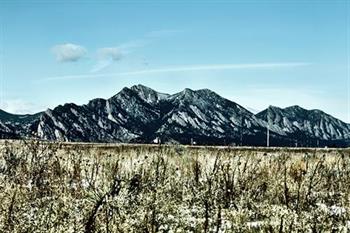 The Rocky Flats National Wildlife Refuge has a rich and unique history – where every rolling hill recalls an era long past.

Native Americans once occupied the land prior to the 1800s and artifacts from their time on the Refuge have been recovered in the area.

The U.S. Atomic Energy Commission acquired the 2,519-acre site, including the Lindsay property, in 1951 and those acres were served as a buffer zone for the Rocky Flats Plant, which produced nuclear and non-nuclear weapons from 1952 to 1994.

In 1989, the EPA stepped in, adding the Rocky Flats Plant site to its EPA National Priorities/Superfund clean-up list. From then on, the future of Rocky Flats took a dramatic turn in its evolution. The focus of the Rocky Flats Plant went from weapons production to environmental cleanup and plant closure in a sweeping, years-long remediation and recovery effort that was a cooperative endeavor between the Colorado Department of Public Health and Environment, the EPA and the DOE.

In 2001, the vision of the Rocky Flats National Wildlife Refuge became a reality when the acreage was named a national refuge through the federal Rocky Flats Act. 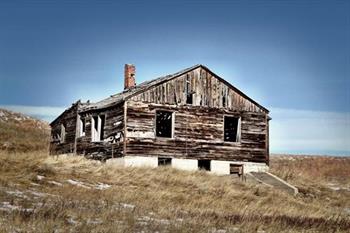 Invasive weeds present a tremendous challenge to the health and diversity of native plants and wildlife habitat on the Refuge. They can outcompete native plants and grasses resulting in poor habitat for wildlife. They also can spread to adjacent lands and cause significant problems for our neighbors. The predominant invasive weeds are diffuse knapweed, Dalmatian toadflax, and Canada thistle. Herbicides, biological controls, mechanical removal, prescribed burns, and controlled grazing are management tools used to control the spread of and reduce these weed species. Refuge staff work with adjacent land owners and local agencies to coordinate weed management activities.

For more information on the U.S. Fish & Wildlife Service and the invaluable role they play in maintaining this vital and valuable natural treasure, please visit https://www.fws.gov/.